You Are Here: Nobel Prize in Chemistry for directed evolution of enzymes

Nobel Prize in Chemistry for directed evolution of enzymes

To our great pleasure, the 2018 Nobel Prize in Chemistry has been awarded Frances H. Arnold, of the California Institute of Technology, for her work on directed evolution of enzymes. After Marie Curie, Irène Joliot-Curie, Dorothy Crowfoot- Hodgkin und Ada Yonath, she is only the fifth woman to win the supreme award in this discipline of Science. 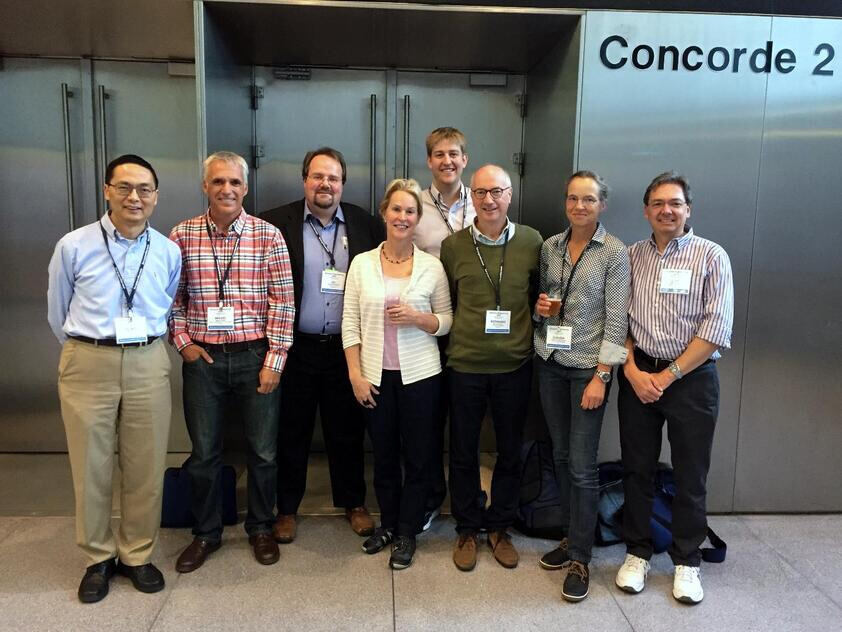 Copyright: Bio VI Professor Frances Arnold and Professor Ulrich Schwaneberg with further scientists at the visit of the Enzyme Engineering Conference in Toulouse 2017

Professor Schwaneberg would like to personally congratulate Prof. Frances Arnold, who was his post-doc mentor at the California Institute of Technology.

Prof. Arnold shares this year`s Nobel prize in Chemistry with Prof. George P. Smith of the University of Missouri and Sir Gregory P. Winter of the MRC Laboratory of Molecular Biology who received this award for their work on phage displays of peptides and antibodies. A summary of the laureate`s work can be found on the Nobel Foundations`s website under this link.

Direct evolution for the win!

Congratulation to my post-doc mentor Prof. Frances Arnold to the Nobel prize in the field of directed protein evolution!