You Are Here: iGEM

iGEM -international genetically engineered machine- is an international competition in synthetic biology that was founded by the MIT. In 2017, over 300 student teams are taking part and presenting their self-developed projects to the public. The excellent project attributions will be awarded by an international jury of scientists. The teams, companies, research facilities and other partners cooperate in a variety of ways every year.

But the iGEM Team Aachen is not restricted to synthetic biology, but combines it's project with fitting hardware projects, PR-activities and fundraising. We are interdisciplinarily composed of students from biotechnology, biology, engineering, informatics and economics to master these versatile challenges while working together for the next 9 months. 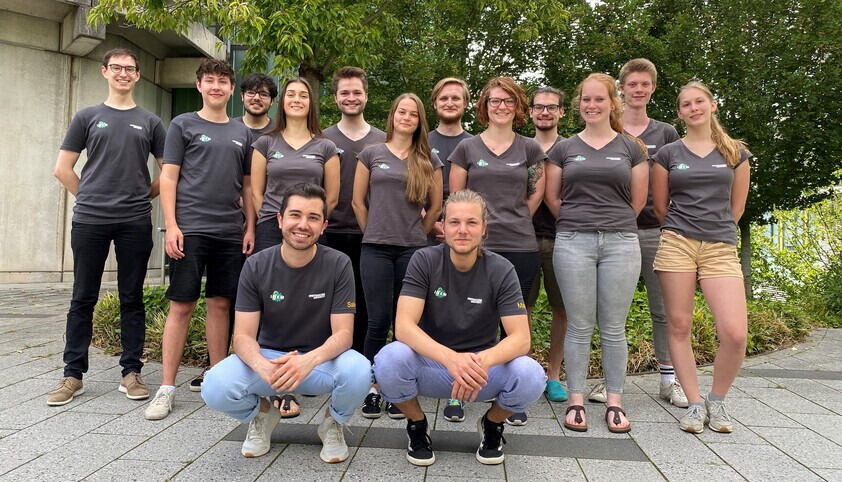 The Giant Jamboree is the annual finale of the international Genetically Engineered Machines (iGEM) Competition. In this special year, over 250 teams from all over the world gathered online for the first time in the history of iGEM. The teams, formed by students from various scientific fields, presented their projects, were evaluated by reviewer and peers, and finally took part in the award ceremony.

This year, the iGEM team from Aachen participated with their project M.A.R.S. – Magnetic ATP Recycling System. They designed a fully recyclable, light-dependent ATP-Regeneration System to tackle the challenges of cofactor-regeneration in cell-free industrial processes.

iGEM Aachen was more successful in 2020 than ever before. The team managed to win a gold medal and was a finalist at the Giant Jamboree. The team won the prize for the best foundational advance project and achieved second place in the overall competition. Furthermore, the team won the best project promotion special prize and was nominated for the best hardware, best model, best presentation and best poster.

You can get more information from the iGEM homepage. 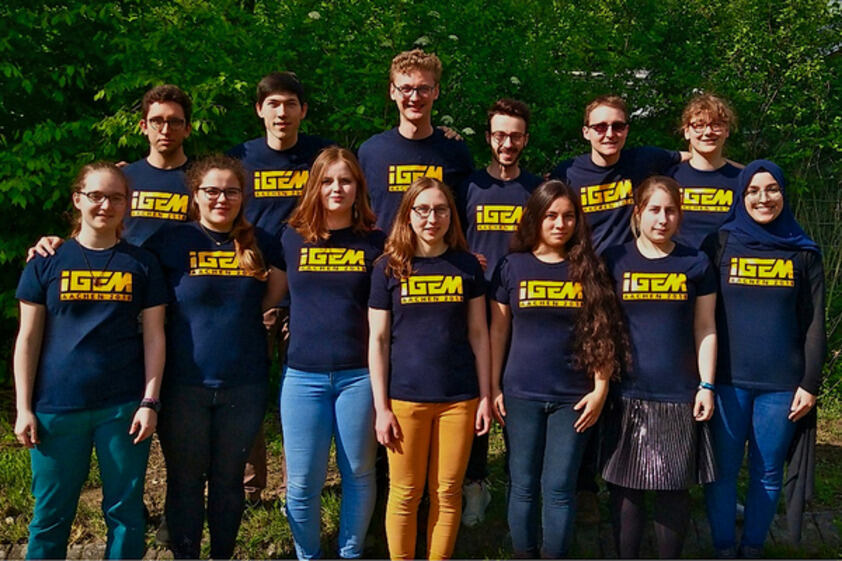 We are an interdisciplinary group of students participating in the iGEM (international genetically engineered machine) competition in synthetic biology. In the following months we will be developing a yeast-based biosensor for the sleeping hormone melatonin. Melatonin regulates the circadian rhythm and plays an important role in depression, Alzheimer’s and Parkinson’s disease. Therefore, we want to facilitate melatonin measurement by building a less expensive biosensor which can be used without special laboratory equipment.

Do want to know more? You can find further information on us and our project on our website.

Our approach is to genetically modify Saccharomyces cerevisiae by integrating a highly specific human melatonin receptor into the cells. This will allow us to detect melatonin from a saliva sample without previous purification. To get a signal from the melatonin binding, we will use two different signalling systems:

Using a nuclear receptor and a reporter gene

The membrane permeability for melatonin is high. This permits us to use the nuclear retinoid z receptor (RZR) which is directly regulating gene expression. As the genes regulated by RZR do not exist in S. cerevisiae, we plan to create a chimeric receptor consisting of the RZR and the recognition sequence of the human estrogen receptor alpha (ERα). When melatonin is bound, the modified receptor can bind to the estrogen receptor responsive element (ERE) and as a consequence regulate expression of firefly luciferase reporter genes. The signal intensity of luciferase is dose-dependent in the presence of ligands.

When melatonin binds to the G protein-coupled receptor MT1, β-arrestins can be recruited. We are going to use this mechanism by designing two fusion-proteins: on the one hand the MT1 receptor will be fused to a fragment of an enzyme, on the other hand, the complementing enzyme fragment will be fused to the β-arrestin. Thus, receptor activation leads to β-arrestin recruitment and therefore to the formation of an active enzyme.

Like the last iGEM-teams we want to thank the Schwaneberg Group for their support. 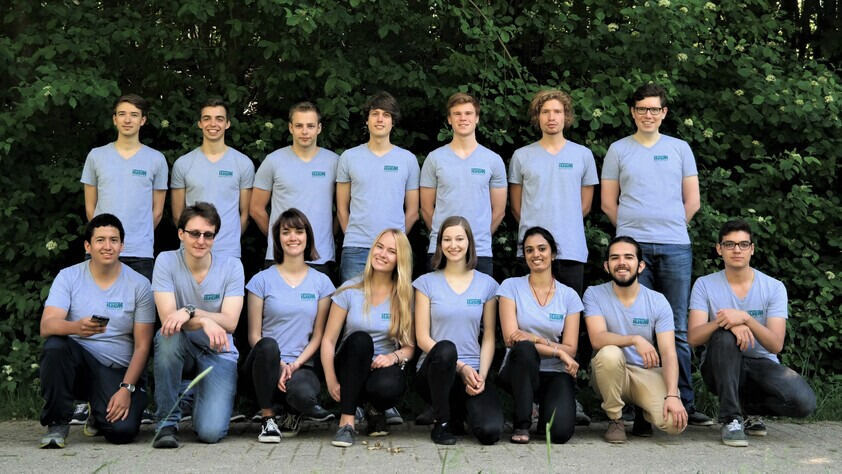 The iGEM Team Aachen challenges an issue that became a global problem throughout the last years and is not restricted to developing countries anymore. Water shortage and salinization of freshwater originates from wasteful use of water, and due to climate change it will become an even more dramatic problem in the near future.

We will work on the possibilities of desalinating waste water ecologically and, different to current methods, cost- and energy efficient by accumulating sodium and chloride inside a microorganism. 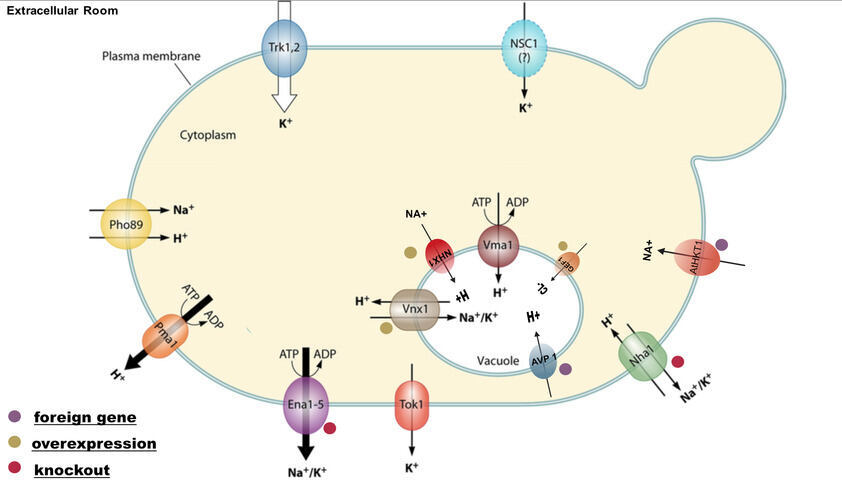 To accomplish this, we will use an approach of synthetic biology.

Saccharomyces cerevisiae as yeast possesses salt- and osmotolerance mechanisms and will be used as a model organism in this year’s project. The tolerance of this organism towards salts like NaCl is in part based on the efflux of sodium and chloride out of the cell and the accumulation of these ions in the vacuole. This natural tolerance mechanism is now to be modified with the aid of synthetic biology in such a way that the salt efflux from the cell is minimized and the influx from the environment into the cytosol and further into the vacuole is maximized.

To this end, we will modify the transporters already existing in the yeast in the coming months in order to increase their efficiency. In addition, the regulation is altered in such a way that the cell permanently takes up salt, even if the physiological effects of it are rather negative for the metabolism of the organism. In order to maximize the overall salt intake process, additional transporters of the plant Arabidopsis thaliana are adapted for yeast, synthetically modified and integrated into the membranes of the yeasts vacuole.

This year, we are again supported by the Schwaneberg Group. 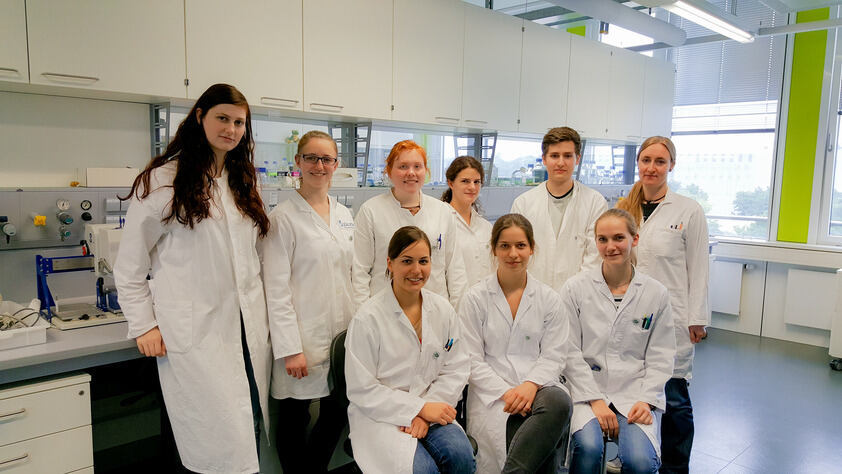 We are the iGEM Team 2016 of the RWTH University. iGEM stands for „international Genetically Engineered Machine” and is a worldwide competition for student groups in the framework of synthetic biology with planning and operating projects on their own.

Our team consists of 16 students of the courses Biotechnology, Biology, Computer Science and Biomedical Engineering. This includes bachelor and master students from RWTH Aachen. Like the other iGEM Teams, the iGEM Team 2016 is also a very international team and is composed of students from Germany, India and China.

During the next six months our team will deal with different strategies to inhibit proteases, while putting the focus on the widly used protease subtilisin. We especially want to achieve this with the strategy of photocaging and the integration of unnatural amino acids in different sides of the protein subtilisin for example in the linker sequence, the binding site and the active site.

During this project we get support from the Schwaneberg Group like the other iGEM Teams Aachen the two years before.